What Is Vasoactive Intestinal Peptide (VIP)?

VIP has long been an interest in research for all of the reasons above and more. There is a great deal of scientific literature on this particular peptide, making it nearly impossible to cover all of the many facets of VIP research. Below is a summary of some of the high points, including the most important aspect of VIP research – the finding that it VIP can reduce inflammation and fibrosis in a number of different organs. 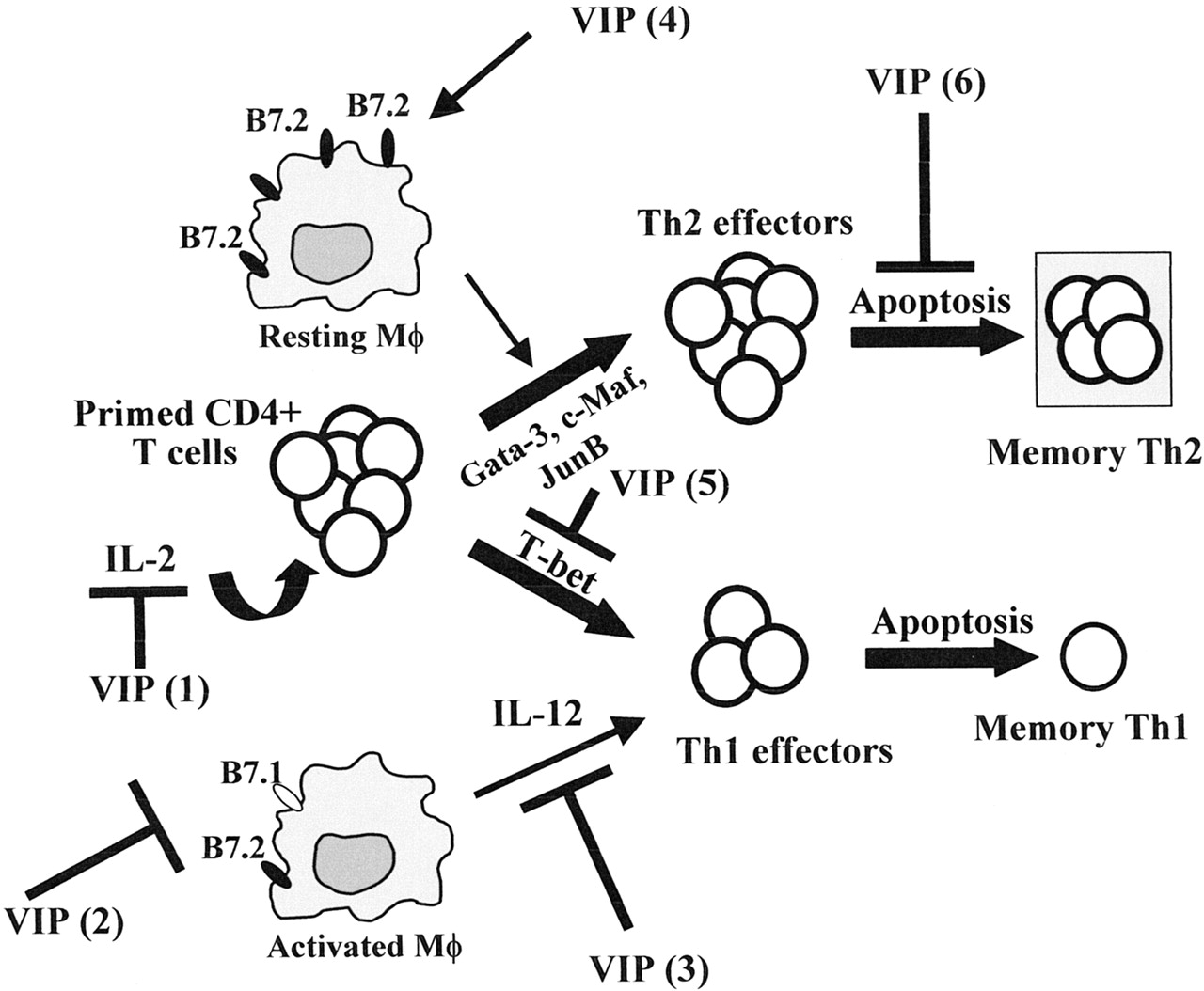 As it turns out, one of the primary producers of VIP is the immune nerve fibers in blood vessels of the central and peripheral nervous systems and heart. Additionally, VIP is produced directly by cells of the immune system where it helps to promote Th2-type responses which can reduce inflammation and quiet the immune system. VIP and analogues derived from it have been heavily investigated as potential inflammatory mediators in intestinal disease, heart disease, and neuroinflammatory conditions[1], [2].

The various roles of VIP in immunomodulation:

In the setting of inflammatory bowel diseases (IBDs) like Crohn’s and ulcerative colitis, VIP has been found to improve intestinal barrier homeostasis and reduce inflammation driven by Th1 cell actions[3]. This latter approach, in particular, appears to generate T cells capable of producing the inflammation suppressing peptide interleukin-10[4]. In recent years it has become apparent that Th1 inflammation is one of several important pathways in IBD.

The benefit of improved intestinal barrier function should not be understated as it is hypothesized to be a contributing cause in the pathogenesis of inflammatory bowel disease. In particular, it is thought that compromised barrier function leads to increased antigenic material in the space between cells where it is more likely to interact with immune cells and set off an inflammatory response. Mitigating antigen presentation to immune cells via improved barrier function secondary to VIP would thus reduce what is believed to be one of the first steps in the cascade of events leading to colitis and severe inflammatory bowel disease[3].